What is Fused Deposition Modeling (FDM)?

What is Fused Deposition Modeling (FDM)?

Fused deposition modeling is an additive manufacturing technology that creates 3D components using a continuous thermoplastic or composite material thread in filament form. An extruder feeds the plastic filament through an extruding nozzle, where it is melted and then selectively deposited layer by layer onto the build platform in a predetermined automated path.

How does FDM work?

The schematic below shows a basic overview of an FDM printer. It consists of two extruding nozzles on linear slides, a build platform on another linear slide and supports for plastic filament spools.

The first few steps are similar to any other additive manufacturing technology and start with build preparation software. The initial stage is to import the design file, then choose options for the build such as layer height, orientation and infill percentage. The software then computes sections and slices the part into several layers. The program then creates extruder paths and building instructions based on the sectioning data to drive the extrusion heads. 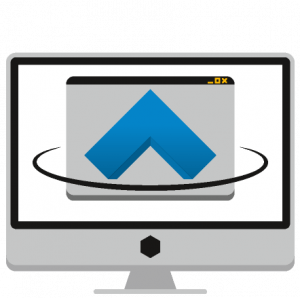 FDM part (source:materialise.com)Depending on the printer and the manufacturer, the above process will be different, but the core step 3D file conversion into layer-based information is the same.

Then printer is loaded with a thermoplastic filament spool for both model and support extruders. Generally, the build platform is heated and maintained at a higher temperature to control the cooling of the extruded material. Extruders are heated and when the nozzle reaches the required temperature, the head will start pushing and melting the filament into a small ribbon roughly the size of a human hair.

The extrusion head gantry and the build platform are on a three-axis system, which allows the nozzle tip to move in three directions in space. The extruder will start depositing the material layer by layer in predefined areas to cool and solidify. Sometimes the material cooling is assisted using cooling fans mounted to the extrusion head.

Multiple passes are necessary to fill a region within a layer. When the gantry completes a layer, the build platform or the heads will move the Z-axis by the layer height. Then the above process starts again to deposit a new later. This procedure continues until all the layers are built.

Like any other 3D printing process, the next stage involves removing the part from the build platform and cleaning them by removing all supports.

Part can be then further processed remove any remaining supports and finish to suit the end application.

Characteristics and application of FDM

When using FDM as the manufacturing process, a designer should keep its capabilities and limitations in mind to produce the best results. FDM requires iterative design through prototypes as features do not usually print correct the first time.

The nozzle and build platform temperature, build speed, layer height and cooling fan speed are all adjustable in most FDM systems. These are often set by the printing service provider and varies with the material.

Generally, a layer height of 0.2 mm is a good compromise between cost, time and quality. For low fidelity rapid prototypes, the increased layer height expedite the process.

For an FDM component, good adhesion between the deposited layers is critical. The molten thermoplastic is forced against the preceding layer as the nozzle extrudes the current. The high temperature and pressure re-melt the surface of the previous layer, allowing the new layer to connect with the previously printed portion. The binding strength between the multiple layers is always less than the material’s base strength.

Hence FDM components are anisotropic by nature and the strength in the Z-axis is always less than their strength in the XY plane. As a result, while designing components for FDM, it is critical to keep part orientation in mind, especially for functional parts.

For example, the tensile strength of ABS with 50% infill in the X and Y direction is approximately four times more than in the Z direction. It also stretched about ten times more before breaking.

Furthermore, because the molten material is forced against the preceding layer, it deforms to an oval shape. Hence FDM items will always have a wavy surface, even at low layer height, and that minor features like small holes or threads may require post-processing after printing.

Surfaces printed on supports will have lesser surface quality than the remainder of the item. As a result, it is advised that the part be constructed in such a way that the need for assistance is minimized.

Typically, support is printed using the same material as the print. In industrial printers, there are other support materials available where it can dissolve in liquid, however, they are mostly utilized in high-end desktop or industrial FDM 3D printers. Printing on dissolvable supports enhances the surface quality of the item greatly but raises the total cost of a print due to the need for a dual head FDM printer and the comparatively high cost of the dissolvable material.

FDM pieces are typically not produced solid to save time and material. Instead, the exterior perimeter, known as the shell, is printed using numerous passes, and the inside with an internal, low-density structure, known as the infill.

The infill and shell thickness of a print influences the strength of a component.

The default option for desktop FDM printers is 25% infill density and 1 mm shell thickness, which is a fair balance between strength and speed for rapid prints.

Warping is one of the most common FDM flaws. The dimensions of the extruded material shrink as it cools during solidification. Because various parts of the print cool at different rates, their dimensions alter at varying rates as well. Differential cooling causes internal tensions to build up, pulling the bottom layer higher and causing it to distort.

ABS-M30 is an excellent material for conceptual modelling, functional prototyping, production tools, and end-use parts. ABS-M30, which is up to 70% stronger than conventional FDM ABS, is perfect for production components, thermoforming tools, lightweight jigs and fixtures, and concept models. This thermoplastic has high tensile, impact, and flexural strength. Sparse or solid fill is available.

PC (polycarbonate) is widely used in the automotive, aerospace, and medical industries, among many others. PC provides precision, durability, and stability, resulting in sturdy parts that can resist functional testing. Rapid tooling, jigs and fixtures for production

PC-ABS combines the best qualities of both PC and ABS materials, such as strong strength with the heat resistance of PC and the flexibility of ABS. PC-ABS composites are widely used in automotive, electronics, and telecommunications applications. Form fit and functional prototypes, low volume production parts

PLA is a bioplastic and is one of the standard materials for this technology, along with ABS (Acrylonitrile Butadiene Styrene).

Nylon is one of the most widely used commercial FDM materials and it possesses a good combination of tensile strength and toughness. Generally used for rapid prototyping concept validation models, prototype parts for visual design validation, production toolings such as jigs, fixtures, and manufacturing aids. It can also be used for low volume production parts with less demanding functional parts.

TPU 92A FDM Elastomer is a thermoplastic polyurethane substance used to make long-lasting elastomer components. The material allows for the development of high-functioning, long-lasting, and complicated parts with the anticipated material features of an elastomeric material, such as enhanced tear resistance, fatigue resistance, and memory recovery.

Applications and uses of FDM

What may FDM 3D Printing be used for? Although the options for product creation and manufacture are limitless, the majority of applications fall into four broad categories: 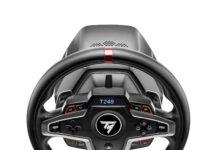 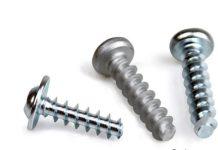 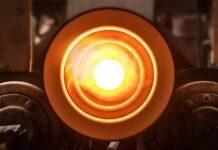 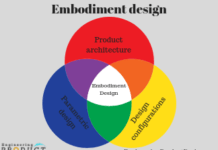