What are splines and serrations?

shaft splines and serrations are ridges, or teeth type keys that are an integral part of the shaft that mesh with grooves in a mating hub to transfer torque and rotational motion. For example, a bevel gear mounted on a shaft might use a male shaft spline that matches the female spline on the gear as shown in Figure 1.

Although a splined shaft looks like having a series of shaft keyways with keys pushed in, splines are considerably stronger than the keyed joint as the keyways weaken the shaft and reduce its torque carrying capacity.

Application of splines and serrations

Although they look like gears, Splines are only used to transmit torque and rotation on the same axis. They are used mainly for the following reasons.

Types of Splines and Serrations

The term “spline” provides an umbrella term for all profiles and the splines can be divided into the following three groups based on their flank form.

Splines and serrations can also be grouped as fixed spline or flexible spline depending on their relative axial movement. Fixed spline as the name suggests is a joint that does not move axially such as gears, pullers, turbine wheels etc.

Flexible splines slide axially, mainly used between shafts couplings and do not carry much torque as fixed spline joints.

These have straight and parallel tooth flanks a shown in the figure below and as per various standards number of teeth can vary from 4 to 12. They can transmit higher torque compared to involute splines and serrations because of their large tooth thickness from minor to the major diameter of the profile. But might fail due to fatigue due to stress concentration in the root of the flanks.

Naturally, it lacks centring ability because of the straight flanks, therefore forcing it to rely on the major and minor diameter fits to be able to manage the centring. Because of the straight-sided face, there will be a line of contact and surface contact will only exist after some wear.

Involute splines are very common and very similar to internal and external involute gear teeth. They are comparably stronger than the parallel spline because of the lower stress concentration factor and have better surface quality. Involute splines can be produced by gear manufacturing techniques and have the ability to self-centre under load.

Involute splines are made with pressure angles 30o, 37.5 and 45o and can include between 60 and 100 splines as per the American National Standard. Involute splines can be either Side fit or Diameter fit.

Serrations also have straight flanks, but they are angled as shown in the figure below. The biggest advantage of the serrations is that the angles flanks centre the shafts and the hub resulting in self-centring splines. Flank angles are generally between 50o and 90o.

The main disadvantages of serrations are due to comparably small teeth it can be only used for low torque applications. These are only used for the non-axial moving application. Like straight-sided splines, there will be line contact and wear.

During the design of shaft splines and serrations, the following stresses have to be considered to evaluate the suitability of the spline joint strength.

Generally, the shaft diameter is dictated by the overall design such as bearing arrangements, seals, elements etc.  In that instance, the spline strength calculations can be used in the following two ways

Usually, the factor of safety is calculated using the allowable stress for various materials using the following equations

The relationship between allowable stress and specified minimum yield strength as per the AISC code.

The load is equally distributed if the transferring load is purely radial torsion and the torsional radial load is in the middle of the spline length. But if for example, a bevel gear is used this will put some unwanted axial loads into the spline.

Misalignment of spline couplings has been recognized as harmful to splines because it causes significant load concentration on spline teeth, and accelerates the wear and fretting fatigue of splines.

The following two papers discuss the load distribution factor and how it can affect the life of the spline joint.

If there are any axial or radial shock loading on the element that is been connected, then care should be taken to support the external axial and radial shock loads to increase the joint life. This should also be considered during the calculations using the spline application factor.

The application factor compensates for any uncertainties in loads and impacts, where if everything is smooth and uniform then Ka is equal to 1.

Life factors for splines under wear conditions are based on the number of revolutions of the spline joint, not reversible cycles. Wear life factor only applies to flexible or sliding spline compressive stress calculations as each time the spline slide back and forth it wears the teeth. 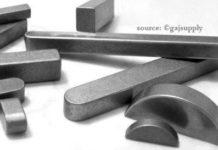 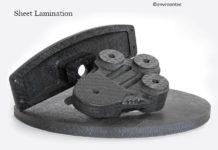 November 24, 2019 0
What is Sheet Lamination? Sheet lamination is one of the 7 types of additive manufacturing... 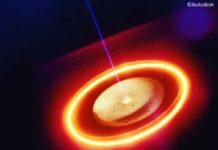 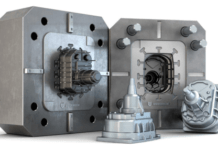 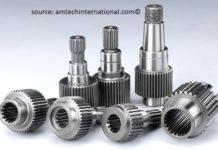