Keyed joints are an important part of mechanical power transmission elements shaft and couplings, where it ensures the connection transmits the load, power & rotation without slipping and within the accuracy requirement of the design.

A key is usually made from steel and is inserted or mounted between the shaft and the hub of the component in an axial direction to prevent relative movement. Keyseat is a recess in the shaft and the Keyway is the recess in the hub to receive the key and thus securely lock the component. Generally, the term keyseat is rarely used as keyway is referred to both recesses in the industry (Figure 2).

Shaft and hub keyways are often cut on key seating machines but can also be made using broaching, milling, shaping, slotting EDM.

Retention elements such as Splines, flexible couplings, tapered joints etc are also used. If it’s very low power transmission, set screws and pins can be used as well. If the set screws or in some cases of keyed joints are to be used, there must be a method of axial constraints such as circlips and retaining rings.

There are various advantages and disadvantages of using shaft keys hence proper consideration must be given to the finer details of the overall design to evaluate the suitability of the keyed joint.

Shaft keys come in a wide variety of types and shapes and can be divided into the following four categories along with the subcategories. (Figure 3)

Of the above types of keys, the Parallel square key and woodruff key are probably used more widely than others due to ease of use and cost.

Double key – Because of manufacturing tolerances and to avoid double fits, only one parallel key is used, but Double keys are occasionally used for very high infrequent loads. This should only be considered if the material is ductile. For these, the calculations should be based on one and a half parallel key.

Sunk keys are sunk into the shaft for half its thickness, where the measurement is taken at the side of the key. Not along the centre line through the shaft. (Figure 4 & 5)

Rectangular keys as shown are wider than their height and are sometimes called a flat key. These are used on shafts up to about 500 mm or 20″ in diameter. The extra key width allows it to transmit greater torque without increasing the depth. An increase in depth means a weaker shaft due to a reduction in effective shaft cross-sectional area.

Square keys as their names suggest are square cross-sectional keys and generally specified for shafts up to about 25mm or 1″. They can be used for larger shafts when deeper key depth is desirable compared to rectangular keys. An increase in depth means a weaker shaft due to the reduction in effective shaft cross-sectional area.

Square and rectangular keys may have a taper of 1 in 100 along the length of the key as shown in figure 6.

Parallel sunk keys can be either rectangular or square sections but without the taper. These keys are inexpensive and readily available. It is one of the easiest to install. But the keys need to be ideally held by a set screw through the hub. Because vibration or rotational direction reversal often push the key out.

These keys are generally fitted tightly to the bottom of the shaft keyway and the sides of the keyed joint, leaving a clearance at the top of the hub keyway.

A Gib head-on sunk keys are added to make it easier to remove. As shown in figure 8, Gib head sunk keys are generally rectangular or square keys with a taper on the top surface to ensure a tight fit.

Feather keys are attached to either the shaft or the hub to permit relative axial movement. As shown in the picture there are three main feather keys. Double-headed, Peg feather and Feather key. This enables power transmission between the shaft and hub with its parallel opposite faces, at the same time allowing it to slide.

The Woodruff key is a semi-circular disc and fits into a circular recess in the shaft which is machined by a woodruff keyway cutter. These woodruff keys are mostly used in machine tools and automobile shafts from ¼” to 2½” (6 mm to 60 mm) in diameter. Woodruff keys are not capable of carrying the same load as the long parallel keys.

The advantage of the Woodruff key is that it is capable of accommodating any taper in the hub keyway, its captive and depth prevents the key from turning over.

The disadvantages or drawbacks of woodruff keys are that the depth of the keyway weakens the shaft,  these cannot be used as a feather key, are difficult to install and short and can’t carry too much load.

A flat saddle key is tapered at the top and flat at the bottom as shown in figure 13. The key fits into a tapered hub keyway pushing down on the flat face of the shaft

A hollow saddle key is tapered at the top and curved at the bottom as shown in figure 14. The key fits into a tapered hub keyway and is pushed down on the curved circumferential surface of the shaft.

The tangent keys or sometimes called Tangential keys are fitted as a pair at right angles as shown in figure 15, where each key withstands torsion in one direction only. These are used in large heavy-duty shafts.

The round keys are circular in section and fit into holes drilled partly in the shaft and partly in the hub. They have the advantage of easy manufacturing as their keyways may be drilled and reamed after the mating parts have been assembled. Round keys are usually considered to be most appropriate for low power drives.

Refer to tabulated dimensions and tolerances of metric keyways for parallel keys and woodruff keys as per BS 4235-1:1972. Along with keyway size tolerances and keyway depth sizes, some standards also provide information on the recommended key size, keyway depth as a function of shaft diameter

Design for Manufacture and Assembly December 13, 2019 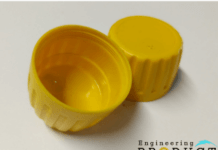 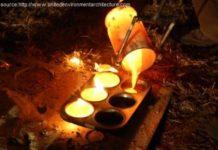 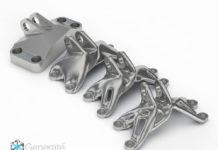 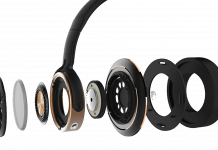